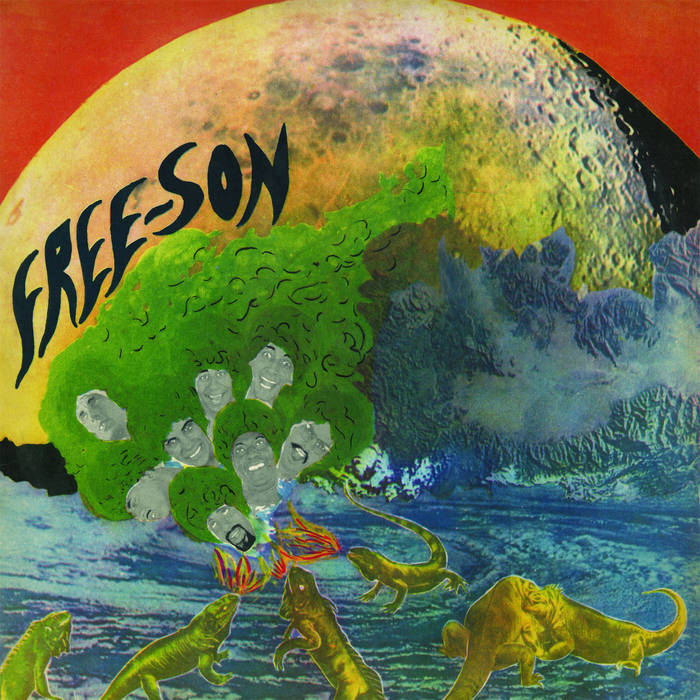 Free-Son was composed 8 musicians researchers of Brazilian musical origins, released in 1971 its only and rare LP for Solar Fidelity.
The album Banguelê (name given to a rhythm and dance of African slaves) consists of 12 short tracks that, as written in the backsleeve “seek a new musical message essentially ours, with common language to all people and that was "hotter” that the rhythms of the time.“ Many styles are present, mixing Latin, African rhythms, samba rock and others as funk, psychedelic rock and jazz. It is almost all instrumental, well arranged with killer wah wah guitar, organ and percussion (cuíca, tumbadora) work. The vocal part is limited only to some screams. No highlighting songs, because it is a solid record. Highly recommended to Brazilian music fans, funk and rock / Latin jazz….by Perolas do Rock….

Record label, distributor and music producer, been based in Lisbon since 2005.
Since its founding, we have been dedicated to musical research, through compilations and re-releases of rare records, and the production of unpublished records of Portuguese and foreign bands. ... more

Bandcamp Daily  your guide to the world of Bandcamp